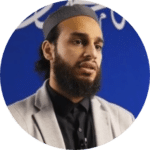 Faraz Hasan Malik was raised in Cincinnati, Ohio. After graduating from the Ohio State University, Faraz continued his studies abroad in Amman, Jordan where he taught as an Arabic Instructor at the Qasid Arabic Institute and obtained diplomas in traditional Islamic Studies. Additionally, he received Superior, the highest level in the Arabic language, from the American Council of Teaching Foreign Languages. Afterwards continued his education and graduated with a Masters in Islamic Studies from Hartford Seminary where he translated one of Ibn Taymiyya’s fatwas for his Masters’ thesis. He is currently finishing is alimiyyah degree and resides in Cincinnati, Ohio.

In 2017, after seeing the need for Arabic training, he authored Fundamentals of Arabic: Part 1 which focuses on walking beginners through language acquisition starting from building on reading mastery. While this book is not yet offered through a reseller, it is the foundation of the Arabic Daily courses. 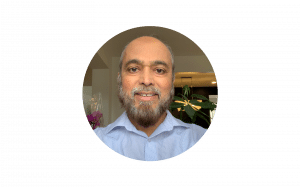 Mohammed Arif completed his Bachelors of Electrical Engineering and MBA from California State University. He started to learn Arabic from various scholars and institutes, from early 2000’s. He completed Arabic Level 1, 2, and 3 from Institute of Knowledge, CA and received an Arabic Certificate from Bayyinah Institute, TX. In addition he completed Madinah Arabic Books (1 & 2) from scholars in Los Angeles, CA