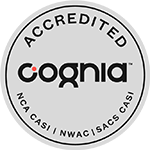 The difference between عَلَا and عَلَى

One of the most overlooked conversations in Arabic is the different forms the letter alif can take. Two main forms of an alif are:

They both function as a normal alif in the sense that they elongate the short vowel fatha. But why have both alifs exist? One of the reasons is because of weak letters.

In Arabic there are three weak letters: ا, و, ي. They are weak because they act as long vowels and because they can transform into one another to help in the pronunciation of certain words. ِIn addition, the alif can never be a root letter. So if an alif is visible then the root letter would either be a و or ي. The short vowels and long vowels have a close relationship.

So going to the difference between عَلَا and عَلَى. They are both pronounced the same but have different meanings. The ممدودة version is telling us that the root letters are  علو which tells us that it is referring to a past tense singular masculine word which means to be high. On the contrary, عَلَى is a preposition which means to be over.

*I am aware that علي is also another possible root letter combination for the verb, but for the sake of brevity I have chosen not to go in more detail. In addition, I am also aware this general rule is not always applicable in every case.